With the focus we have as a company on the financial industry, we have been able developed a standard integration framework between the core application and Dynamics 365.

Over the years, we have served many customers within the financial sector which all have chosen the applications due to its quality as being the best. As Dynamics 365 (or previously Dynamics AX 2012) has been chosen for the back-office application taking care of the back-office processes such as finance, consolidation procurement and HR. 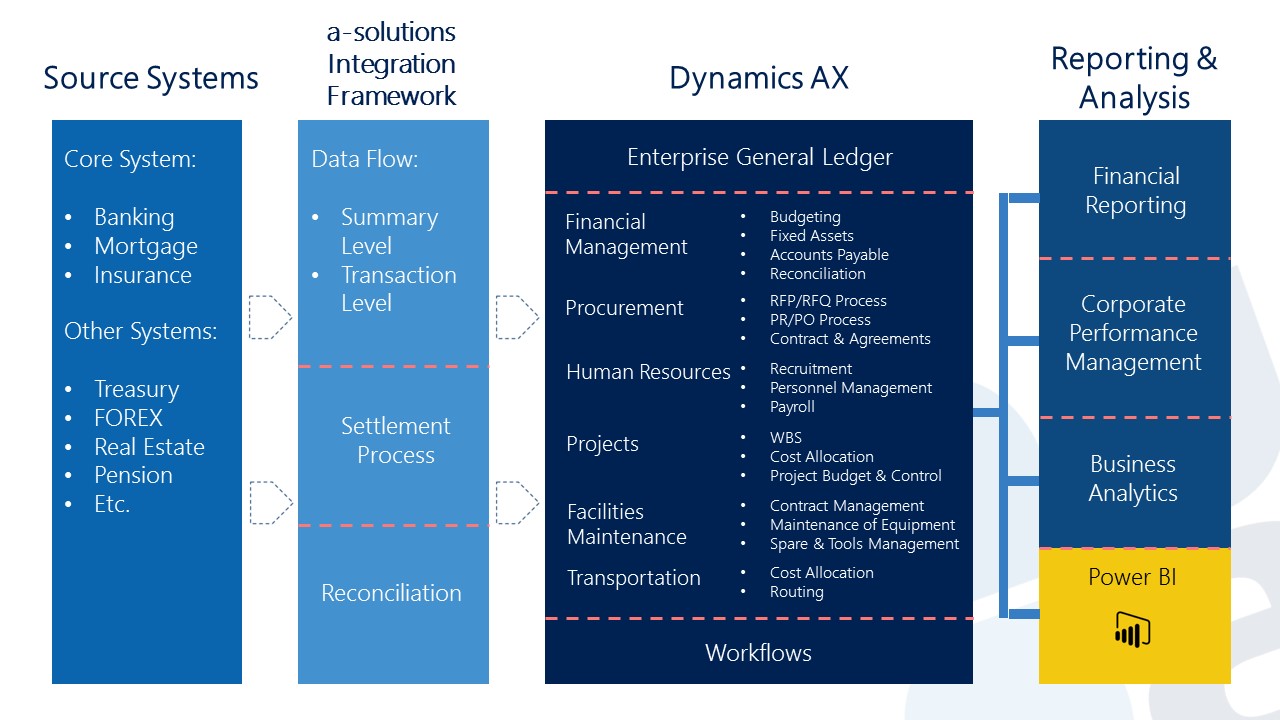 In such projects the majority part of the risk is attached to the integration. At the same time, it is typically costly to do. To avoid risk as well as make cost less a-Finteg can be used as integration frame work.

Below is an example of how a-Finteg works.